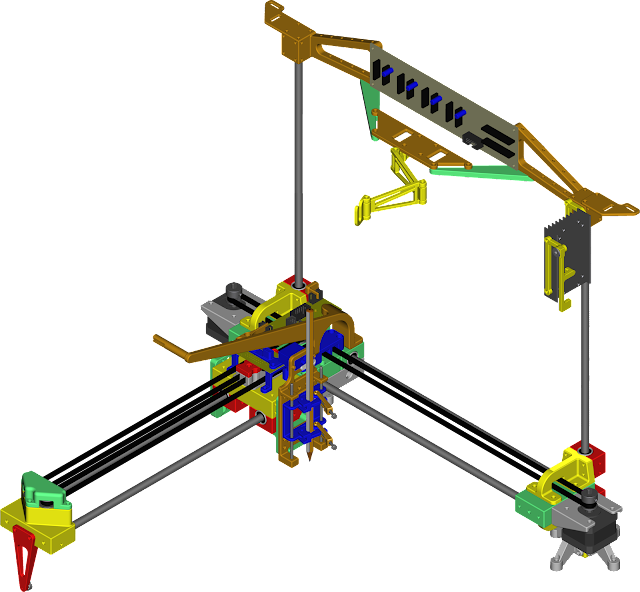 This is my latest plotter.
My previous potters I made where made from items I salvaged from:
Old scanners, printers Making an X Y Plotter by: Tim
CD/DV Drives. UniPoler XY Plotter Made from 2 CD/DVD drives. (2016 - 2017)

I decided to make something more robust and adaptable.
I designed it to fit on my desktop, so that when it was in home position the footprint was minimal. 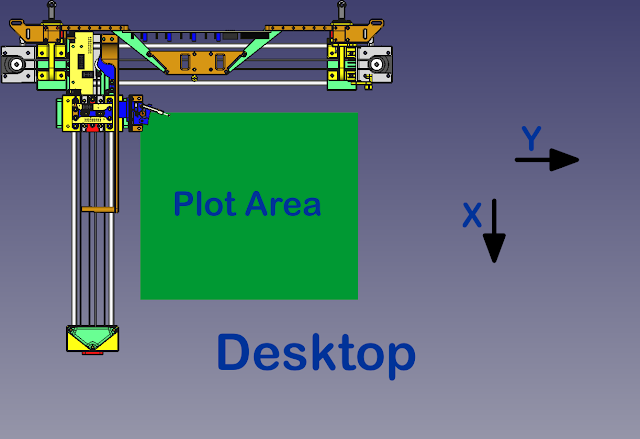 As the design has no main rigid frame the feet of the plotter need to be fixed to the desktop. (it could be built on a board)
As the desktop I have the plotter on is glass, I have fixed the feet in place using double sided self adhesive foam tape.
I have no plans to make it into a 3D plotter, but I have incorporated a vertical axis to enable the plotter X/Y axis to be raised, should I need to plot on items with some depth.
The vertical rods also act as support for the cables to the machine.

Each axis is basically 2 linear rods supported at each end, with bearing that run along the rods. However because there is no rigid frame to support each axis, these rods have to be fixed so that the lateral movement is minimised (dose not twist along is axis). To achieve this I ground flats at each end of the linear rods (important that the flats are parallel with each other) and set there orientation with set screws. 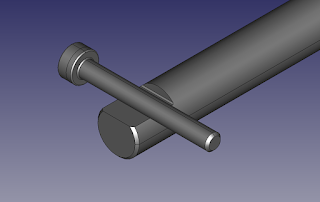 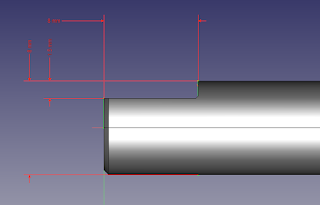 Primary things needed for this:

I have used 10mm self tapping screws as mentioned above to fix all the parts together.

First is the main support: 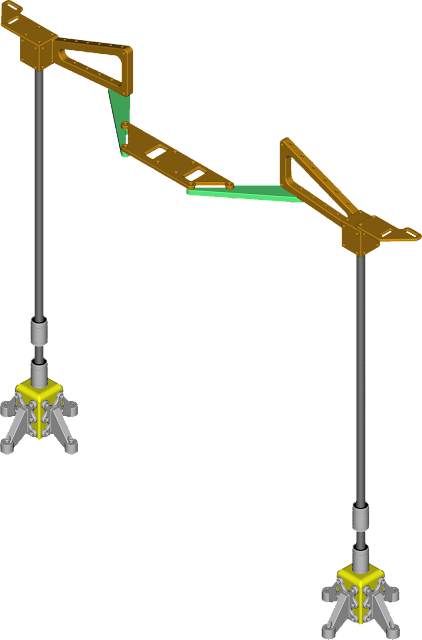 I hope Pictures will be god enough to show how it all goes together. (ask if not sure)
Before securing the main support to the desktop or board, it's best to wait until the Y axis is connected to it.

Next the Y axis:

As I have mentioned, to reduce lateral movement, I have put flats on the end of the rods and aligned them with M3 x 25mm set screws.

A tip when fitting the rods into the end pieces, secure one end first then check the flats on the bars at the other end are correct with a straight edge. (re-grind if needed) 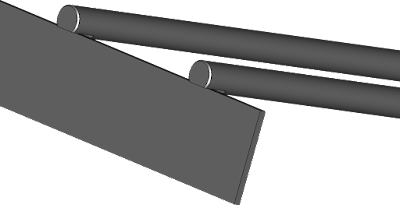 Next fit the Y Axis assembly to the Main Support. Also fit the Y Stop: 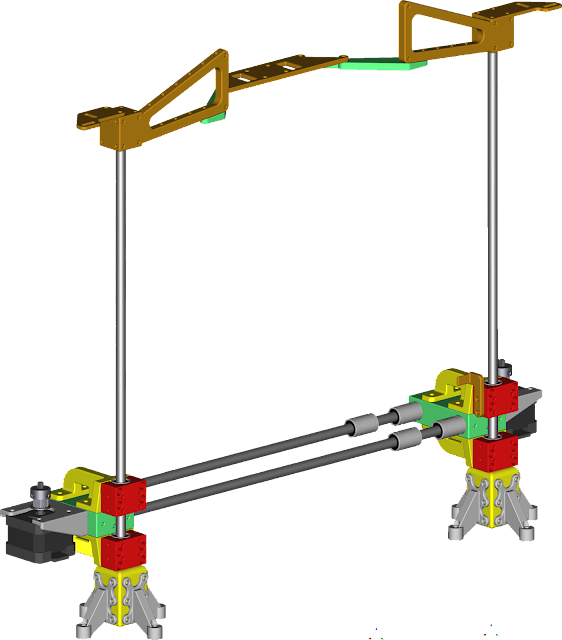 With the Y Axis fitted to the Main Support, it sets the spacing of the feet, so fixing the feet to the worktop can be done at this point.


Next, Assemble X Axis assembly, locating the Rods as before:

Next, fit the Trolley to the X Axis. 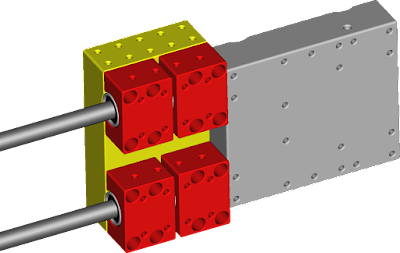 The screws don't have to be very tight, just firm so that the bearing clamps don't move. some screws may need to be backed off slightly for the trolley to move along the X Axis smoothly. (the trolley should slide along the axis under its own weight when tilting the assembly)

As the Tool Holder Brackets have screws underneath, this is a good time to fit these. 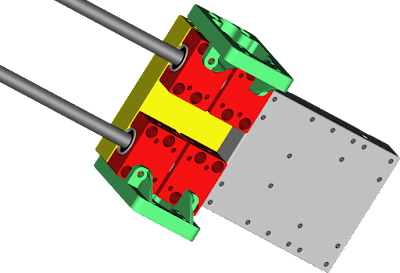 Next, fit the X Axis to the Y Axis.
Also fit the jokey wheel. 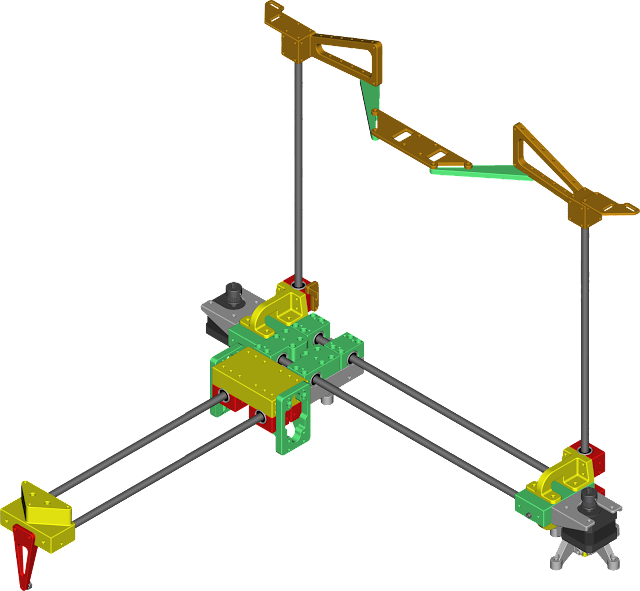 At this point, you should be able to move the trolley (freely) to any point over the work area.

Next is to fit the Idlers for the Belt.

Fit the Idler covers, apart from the one on the trolley, it's easier to feed the belt along it's path, than leaving the covers off. 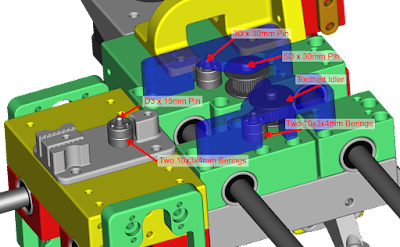 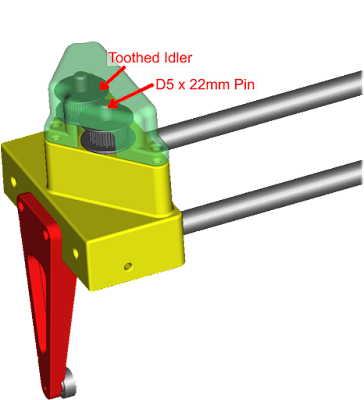 Next, fit the belt. 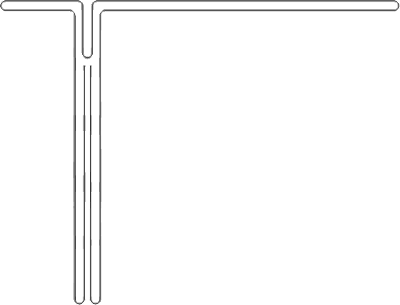 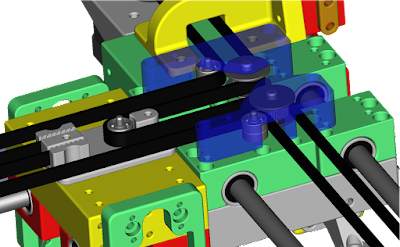 The Belt does not need to be too tight, just needs to be firm with no sagging.
Once the belt is in place fit the Belt cover on the Trolley. 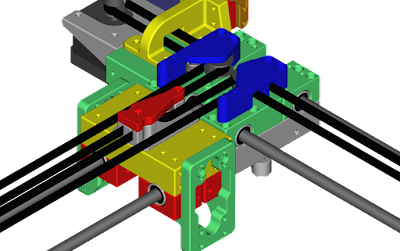 At this stage the stepper motors can be turned by hand to see it moving the Trolley.
Several different combinations of rotation are needed.

Before continuing with the assembly, some circuit boards need making.
There is:
A Main Controller Board.
A Board for one end of the X Axis.
A Board for the Trolley.

If you are building it and want get it going now, you could wire it up to one of these boards: 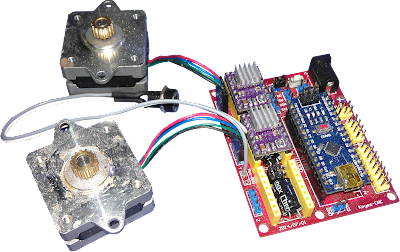 eBay search grbl shield.
Be sure to configure it for one belt. (similar to core XY)
You can find instructions on using grbl, searching https://www.instructables.com/
If you are going to use grbl firmware with the Chinese clone CNC Shield shown above, then some fixes need to be done.
Instructables: Fix-Cloned-Arduino-NANO-CNC-Shield
or
My blog: Modifying Clone Keyes CNC Shield


After making the Boards


The Controller board fits at the top of the Z Axis assembly. 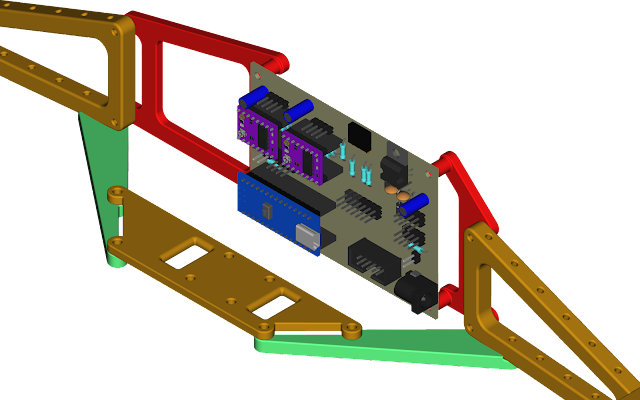 A 10 core Ribbon Cable drops from this Controller Board to the board at the end of the X Axis assembly.

4 core Ribbon Cables are connected from the drivers to the Stepper Motors. The Driver on the left is for the Motor on the Left, and vice versa. (the orientation of the plugs is by trial and error)


The Board on the end of the X Axis, sits on a support and spacer. 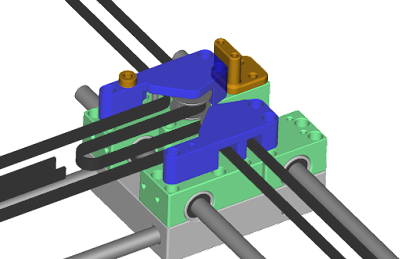 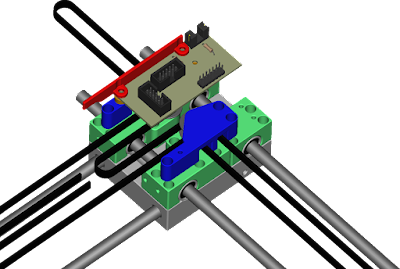 It is also fitted with a shutter for the X Stop.

The board on the Trolley sits on 2 supports. Also has the sockets for the servo plugs sit on top of the board. 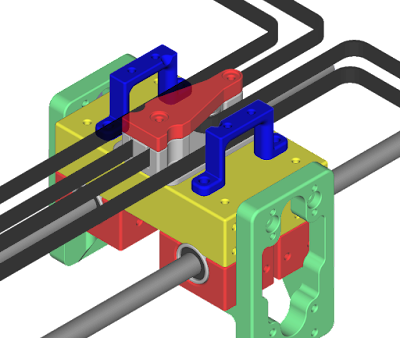 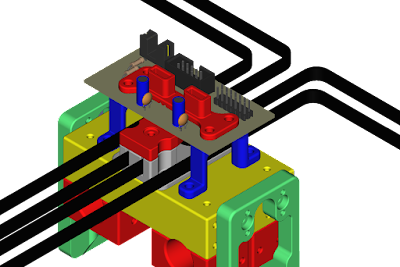 On the end of the X Axis, there is also a cable support for the cable to the Trolley. 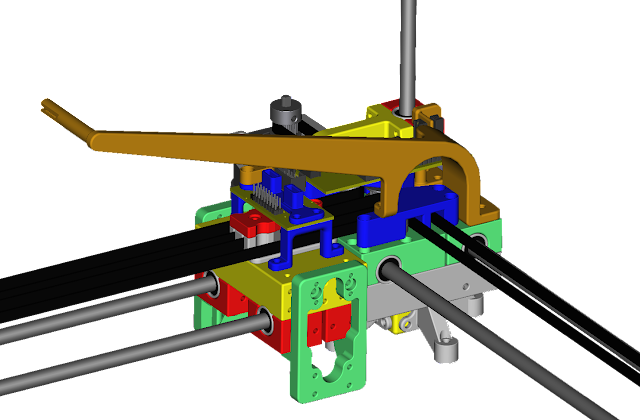 Cables
Details of the cable can be found in this post: Tim's XY Plotter Circuit Boards v3

Details of the Tool Holder and Attachments can be found here: Tim's XY Plotter Tool Holder

Had a go at writing some software to do Greyscale Engraving from Bitmap Images.
Using a 1.5W laser this was my first result at Greyscale and Black & White. 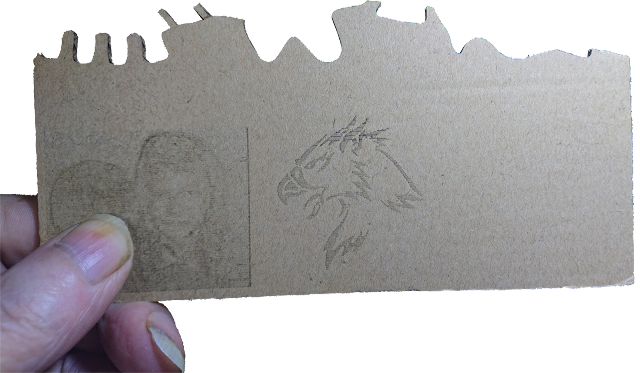 I will add to this blog when I get time.

List of my other Blogs.
I have a web site as well: Tim's Place